Have Bad Credit?
ASK US HOW WE CAN RAISE YOUR CREDIT!
WE CHANGE LIVES!

Translation Services
If you need documents translated, we can do that.
Let us Translate your paperwork today!

Resume Writing Services
When job searching within a work environment as aggressive as this one it is best to be equipped to stand out against competing candidates.
www.epresume.com

Get Cash Now!
Are you receiving monthly, quarterly or annual payments from a mortgage note, lawsuit winnings?
Need cash now?
Discover how you can receive a lump sum of cash today!

Got Mud?
Enjoy the benefits of the Dead Sea with Seacret world renowned Dead Sea products.
SEACRET – MINERALS FROM THE DEAD SEA 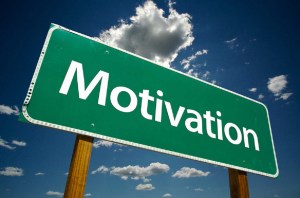 In the world of life, motivation is the key to success.  This is more than true especially for business and those involved in anything that has to do with sales and marketing.  I find that a good minimum 15 minutes of personal development is all that is needed to keep your motivation up.  I am a big fan of Jim Rohn.  If you do not know who this great man is/was, I went ahead and took the liberty of citing his bibliography from his website (https://jimrohn.com/) below.

“For more than 40 years, Jim Rohn honed his craft like a skilled artist-helping people the world over sculpt life strategies that have expanded their imagination of what is possible. Those who had the privilege of hearing him speak can attest to the elegance and common sense of his material. It is no coincidence, then, that he is widely regarded as one of the most influential thinkers of our time, and thought of by many as a national treasure. Jim authored countless books and audio and video programs, and helped motivate and shape an entire generation of personal-development trainers and hundreds of executives from America’s top corporations.

Born to an Idaho farming family in the mid-1900s, Jim was ingrained with a work ethic that has served him well throughout his life. At 25, he met his mentor Earl Shoaff. And over the next six years he made his first fortune, yet didn’t get into speaking until he moved to Beverly Hills, California, when a friend at the Rotary Club asked him to tell his success story, which Rohn titled “Idaho Farm Boy Makes It to Beverly Hills.”

His speech went over so well that he received more invitations to share it, and better yet, they started paying him for it. In the beginning, he spoke in front of college and high-school classes and at service clubs, before moving on to seminars in 1963, which launched him into the personal-development business. From then on, Jim Rohn became a trailblazer in the self help and personal development industry, impacting the lives of millions through his life-changing material.

Jim Rohn focused on the fundamentals of human behavior that most affect personal and business performance. His is the standard to which those who seek to teach and inspire others are compared. He possessed the unique ability to bring extraordinary insights to ordinary principles and events, and the combination of his substance and style captures the imagination of those who hear or read his words.

Jim is known as one of the great wordsmiths of our time.”

I also decided to provide a video to one of my favorite speeches from Jim Rohn, “The Art of Sowing.”

Your Health. Your Way

The Modern Art of Muay Ski-Jitsu...

Make your local museum stand out with these social marketing techniques

The greatest WordPress.com site in all the land!

this is... The Neighborhood

the Story within the Story

Money in the Bank

Blogging My Way To a Masters in Sport Management

On The Road To A Degree With Social Media

Patrons of the Pit

Helping YOU To Go Beyond Limitations

Posts about media, sports, video games, and other random things.

4 out of 5 dentists recommend this WordPress.com site

This WordPress.com site is the bee's knees